Networking, are you doing it wrong?

They say that networking is dead.

I do know a lot of people who say they’re looking for new clients, attend a lot of networking events, and never seem to get much new business.
My instinct says they’re not doing the networking very professionally.

“Professional networking” is asking new acquaintances what they’re doing in their work.
What they’re excited about and/or looking forward to this summer. What challenges they’re facing. How they’re  addressing those challenges. Whether they’re finding business to be good … or not. 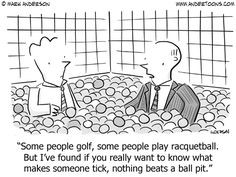 Initially, networking ought to be about asking questions simply to understand the other person’s reality – NOT to get your message about YOU out to them.

Start pushing something – and you’ve lost them.

But a lot of people aren’t able to stay focused on another human being for even a few minutes. And that’s the first reason why their networking isn’t working.
But there’s more! 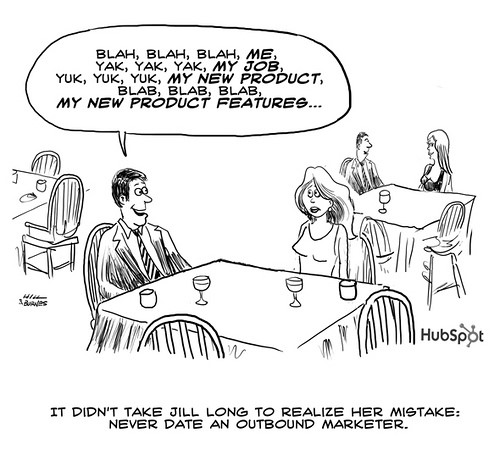 They don’t follow up.
The purpose of the networking effort is to identify people who might benefit from the work you do. Most people don’t decide to buy from someone new just because they met you. But if you follow up, quickly, with something useful or at least interesting to them, you may start to create some interest in what you do.

An example: your new acquaintance at a networking event says she’s hoping for 20% revenue growth by the end of this year … and so far, she’s on track to achieve that. But she’s a little worried about whether the economy will be strong for the rest of this year. 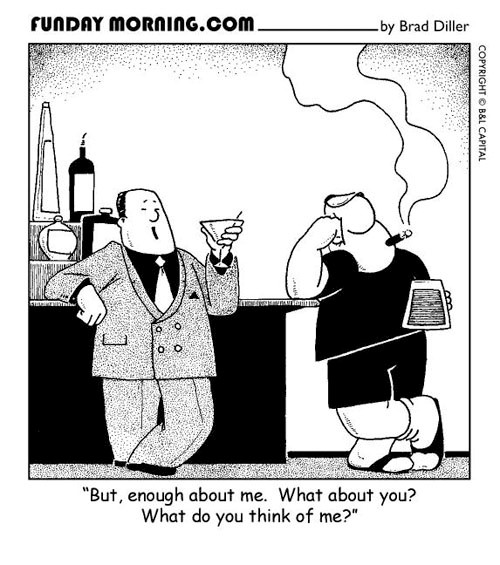 Send her this: Subject:  (First name), saw this article and thought of you!

Great to meet you at the gathering at Yanni’s Lemoni Lounge on Tuesday evening.  Really enjoyed hearing about your success at (her company’s name).  Congratulations!

I remember you saying that you are on track to achieve the growth goal you have for your business by the end of this year … “assuming the economy holds up.”  So I thought you’d want to know that there’s reason for optimism!  Did you see this?

(First name), as you move forward, I’d be happy to be helpful in any way that makes sense.  Wishing you continued success!

(Your professional email signature here)
I can hear the naysayers now: “Putting someone’s first name in the Subject line of an email makes people think it’s spam!” No, not in my experience, and not in my clients’ experience either. Do what makes sense for you.

But don’t forget to reconnect with your networking contacts – at least the ones who seem most likely to be prospects for what you do. And put them on a schedule for continued follow up – every month, every quarter, twice a year – whatever frequency makes sense to you. 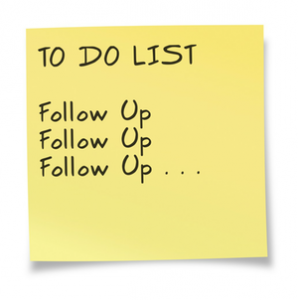 What pieces are missing from your sales and marketing efforts?